Heather: Less than a week until MAGFest 8.5 was when I decided to try to get a FNaF costume together. It hadn't been out for long but Nate had been playing it and we had seen Markiplier's videos so we were on a FNaF high. I owe this costume to Amazon Prime because without it I would never have gotten the hat or any of the Beanie Babies in time. They were all pretty cheap, which was a definite plus. The Thursday night before the convention (that was when everything had arrived) I sat and gave the Beanie Babies their modifications, hehe.

The people who understood what I was doing with a bear on my head laughed which was really fun - I loved seeing the realization on people's faces. :D I also scared a little girl when our elevator door opened and she saw the bear sitting on my head. She said the bear was creepy and skittered away from the elevator. Job well done, Beanie Freddy. 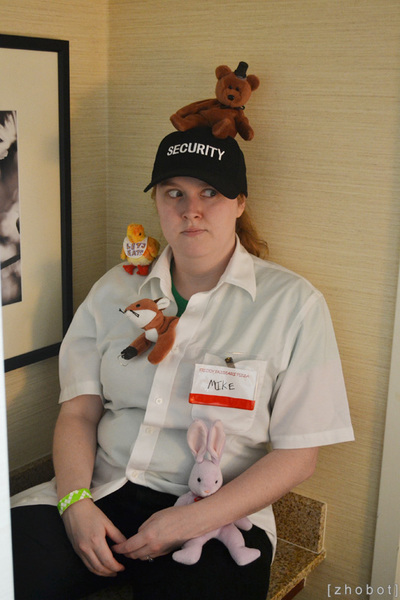 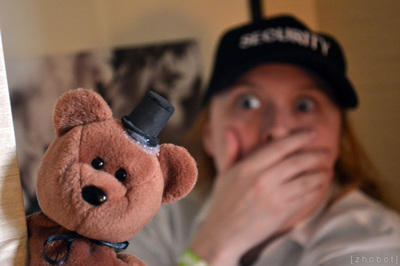 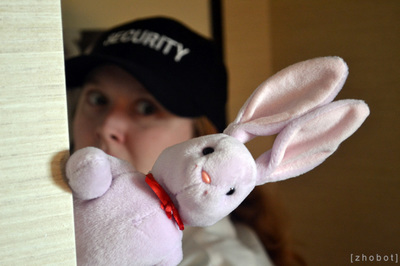 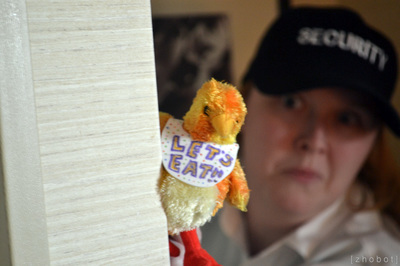 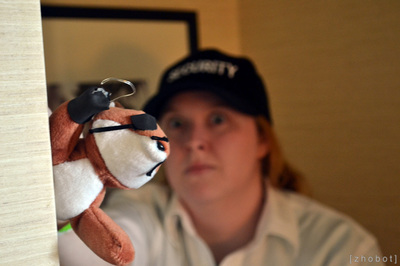 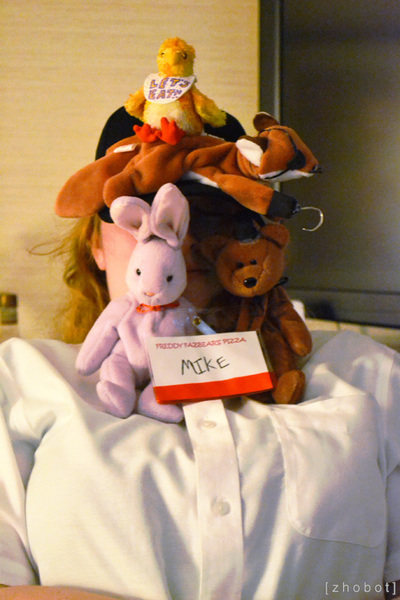 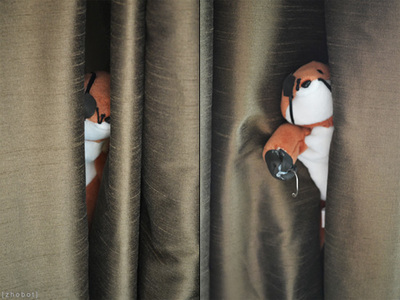