Heather: This is all Denis' fault because he was the one who introduced us to this comic. THANKS, DENIS. XD Anyways, of course I was drawn to Jade because I shared some traits with her in high school (plus, you know I <3 redheads) and I just want to hug the precious child and tell her she is fabulous and nobody can hurt her. Her fashion sense is also A++. I want all of her clothes and accessories and her hairstyle is perfect. If I could pull it off, I'd cut my hair like that. My face shape is a no-go for that though. I CAN DREAM.
Nate: I'm starting to wonder if it's a coincidence I costume snarky assholes all the time.  Ike from morning glories ranks pretty highly on that list.  However as the comic goes on you start to realize...ACK WHAT AM I SAYING SPOILERS ABORT ABORT.  Anyhow he's not nearly as bad of a guy as he claims to be (hahaha), and those sunglasses are pretty fab. 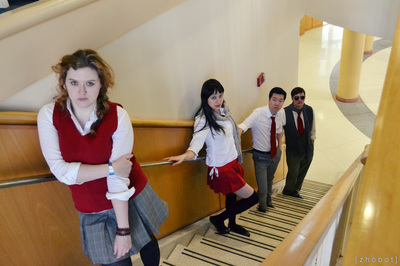 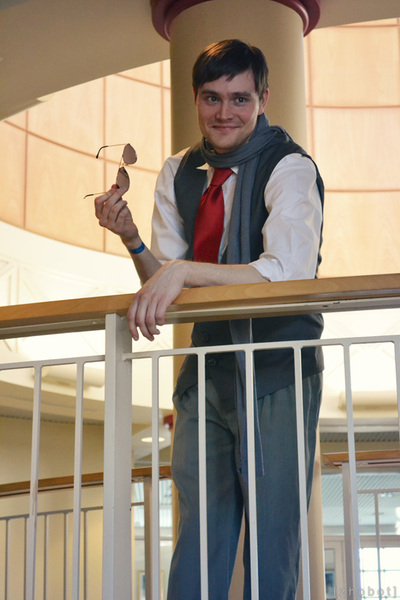 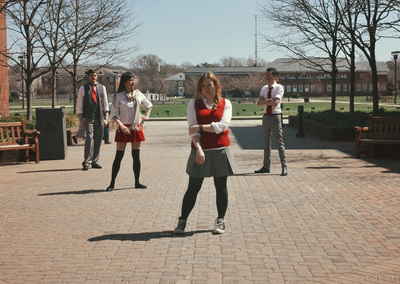 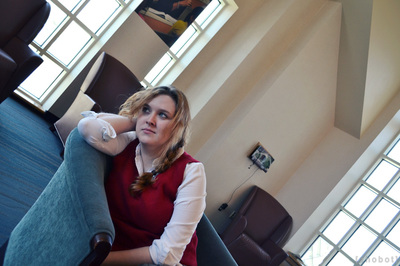 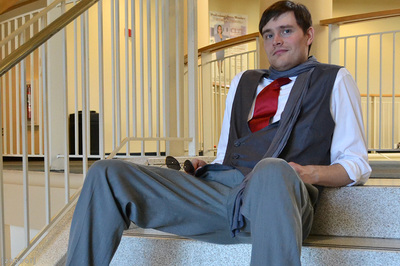 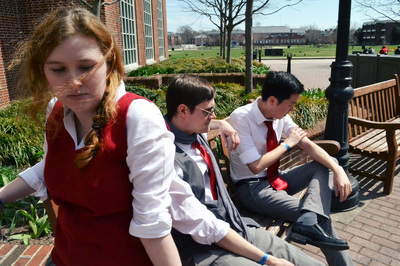 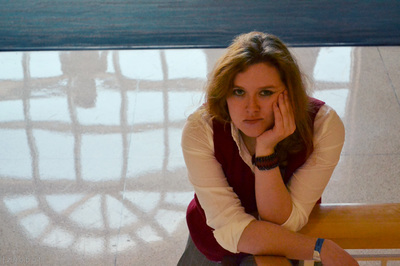 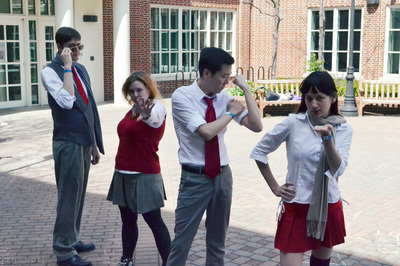 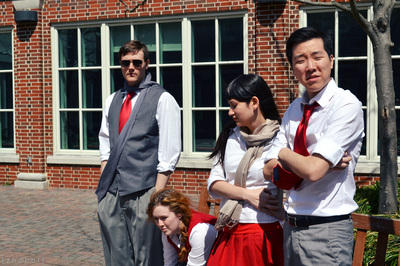 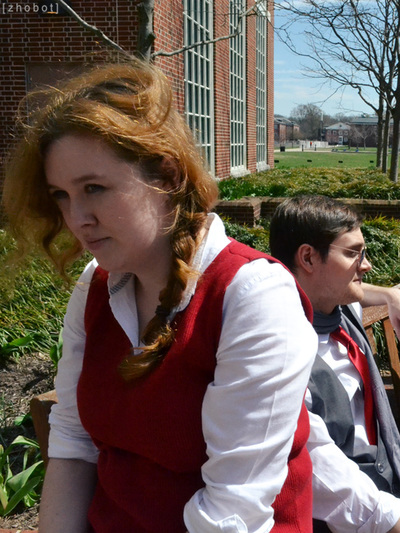 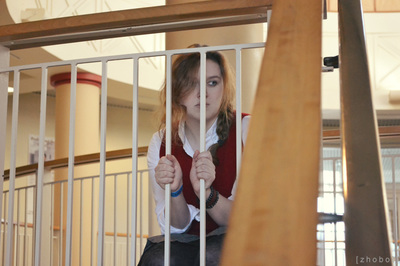 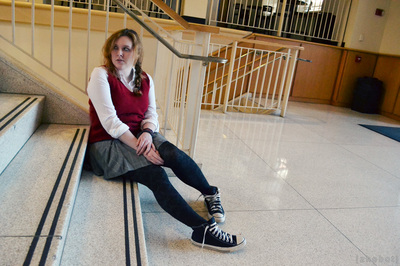 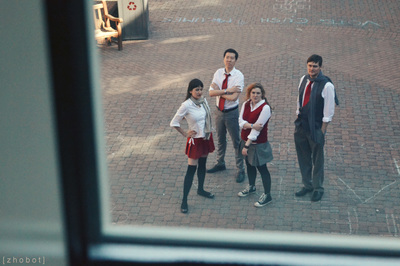 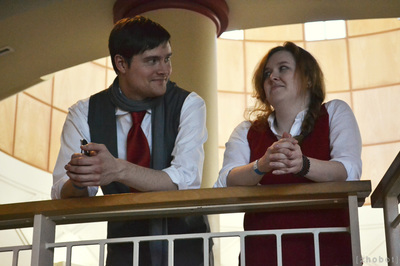 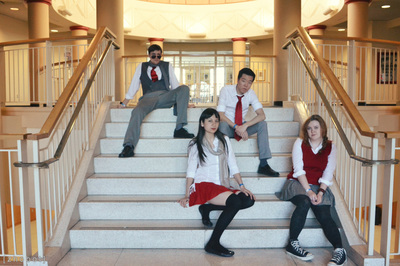 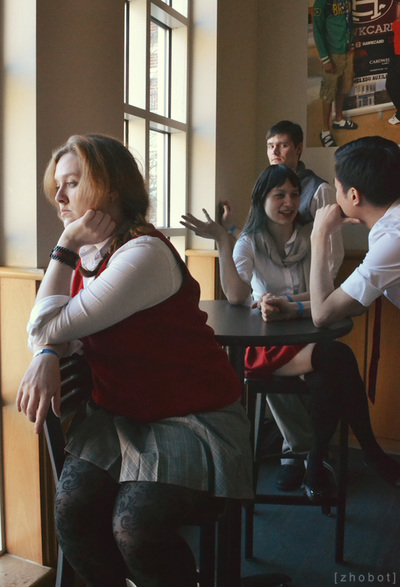 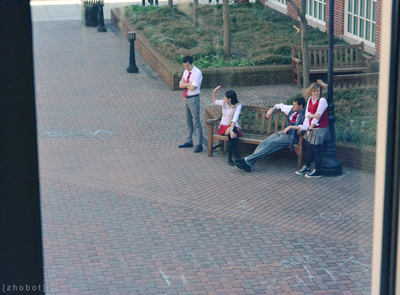 Heather: When I got to the Woodrun issues of MG - and after I got all caught up in the Casey, Miss Hodge, Ike & Jade craziness - I cackled and contacted the other MG bros about doing these outfits. Free Comic Book Day was coming up and that gave us enough time to get shorts that would work and find t-shirts. Denis did the logos on our shirts because his looked perfect and we were worried ours would be all lopsided and horrible. We put so much trust in Denis' awesome skills and bug him all the time. How is he still our friend?

Also, we took a bunch of pictures but a lot of them came out wonky -- we tried to fix them but we figured we just need to throw these on and take more photos. Especially since I got an awesome wig for Jade now!
Nate: This was kind of a quick throw-together costume so I don't have much to say other than THANK YOU DENIS WHERE WOULD BE WE WITHOUT YOU, CRYING SOFTLY NO DOUBT. 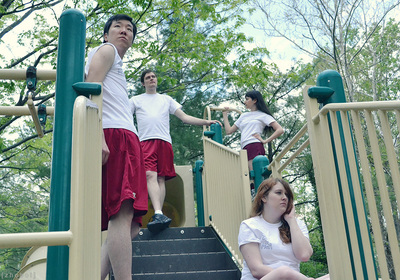 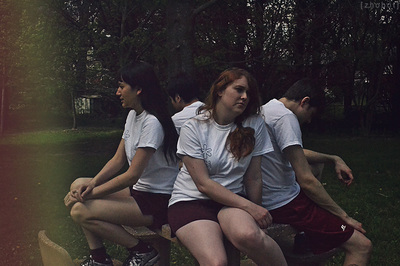 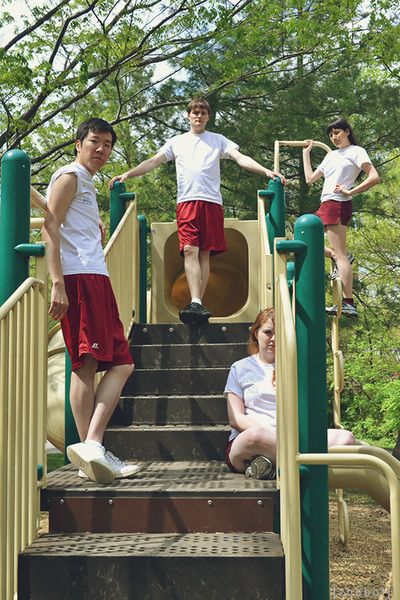