Heather: This group was a lot of fun to do. We had all talked about it for a long time and when it happened it was a blast - especially seeing Jeremy take his role as Blinkin so seriously/perfectly. The reason I still have it listed as "Active" and not in the old costumes section is because we keep talking about making Nate a Robin Hood costume! Hopefully it'll happen someday (we already have the tights for him and the beginnings of the hat!) and it'll give me a chance to find a better crown. The one I ended up with at the last minute was a gold tiara sort of thing - the first crown I ordered was way too big and fell around my neck. :B 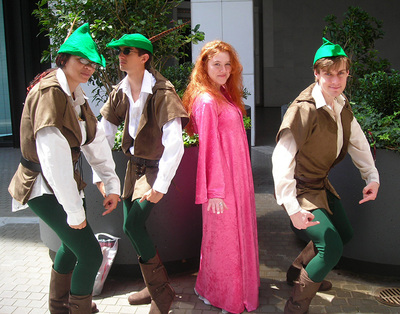 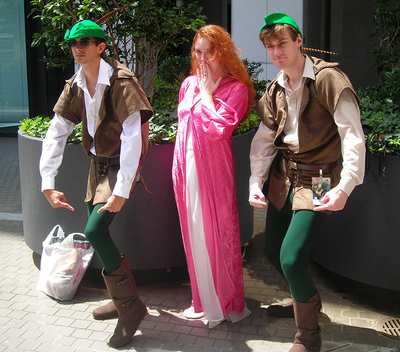 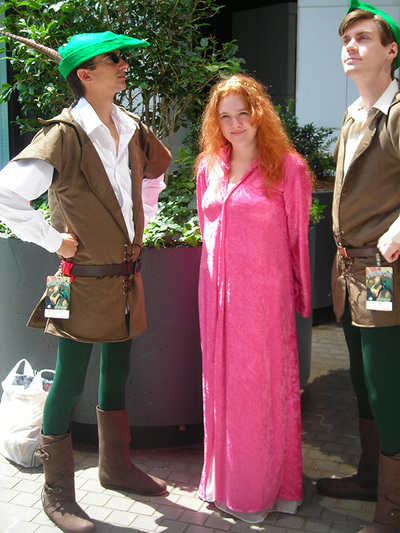 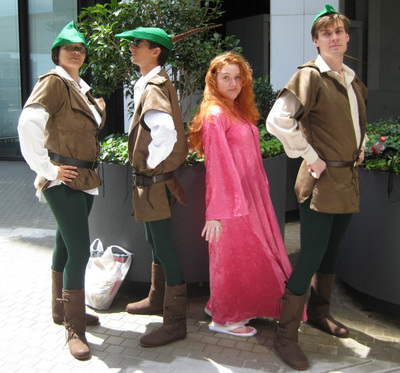