Matt Miller: genius, hacker extraordinaire, uppity prick.  From the first moment Nate witnessed him hacking a helicopter's computer system in SR3, Nate knew he wanted to be him.  The extravagant EL lighting required for his SR3 outfit was just the icing on the cake of cyberpunky goodness.  Little did Nate know he'd be back in SR4 to sport several other outfits.  One of which would be a completely badass superhero outfit, which Nate would undertake with great apprehension of being able to live up to!  Plus you know, he's a Brit.
"This is my world to shape as I see fit, not yours."
Nate: I can't take too much credit for this one.  The jumpsuit was purchased online and the patches were designed, cut, and partially sewn by someone other than me (a team of Denis, Bria and Heather).  I did have to hand-stitch a few though, which took a while.  Other Matt Miller costume pieces appropriately re-used.  I mean come on, he doesn't really need one arm-puter for every day of the week, right?  Right?  #badwearablefasion 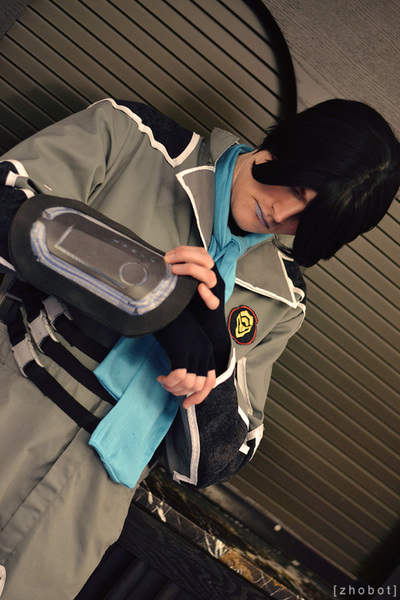 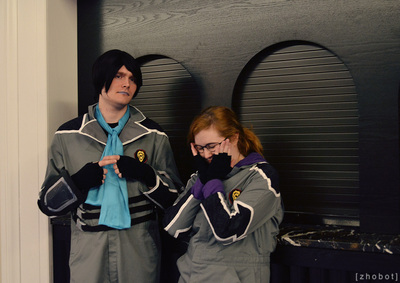 Check out our Saints Row gallery for more photos!
Nate: So regal!  So elegant!  So... not in the game?  At least I can't recall him wearing this save for the first few minutes of SR4.  Nevertheless, it was my duty to uphold the MI6 image of... wait why is Matt holding the United Saints of America flag?  You don't even want to KNOW what sort of underwear he's donning! 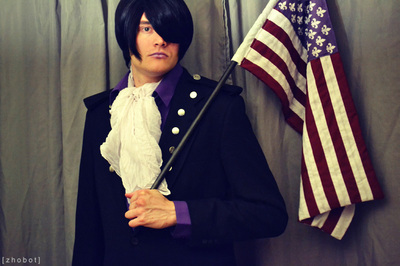 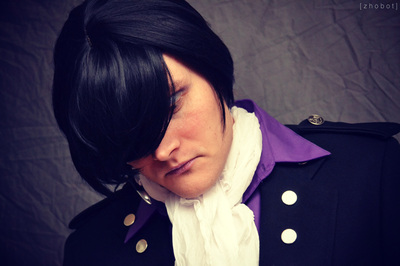 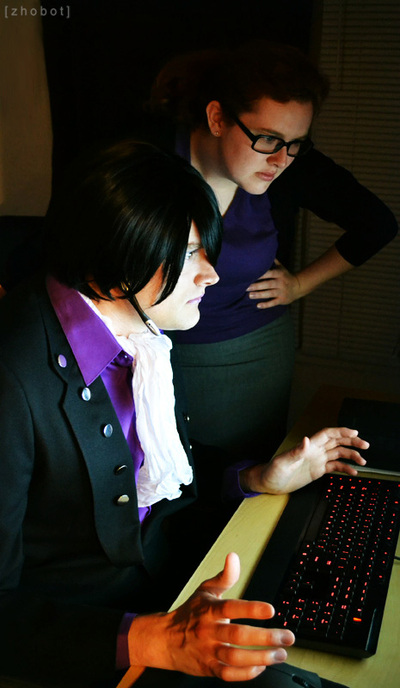 Check out our Saints Row gallery for more photos!
Nate: Ah, the original that started it all, and my first foray into stapling EL wire to leather.  Ok, that was my only foray into stapling EL wire to leather, but I learned a lot about last minute ingenuity!  I'm particularly proud of the armputer consisting of craft foam, el wire, and a kids shin guard.  My main regret is that every time I put this costume on, I forget some piece of it.  For a while I didn't even realize there was an elbow pad.  One day I'll get it right (and no one will notice), one day... 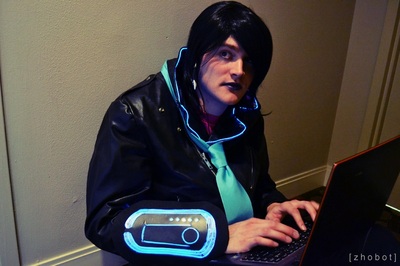 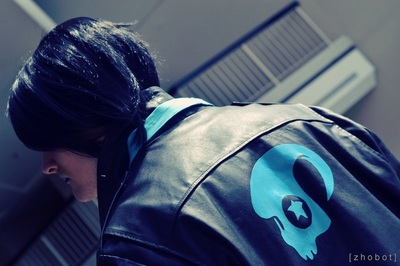 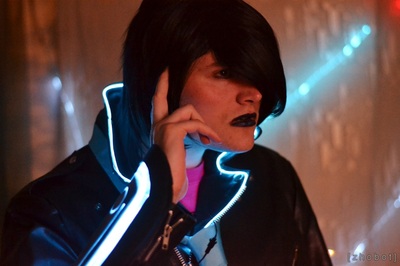 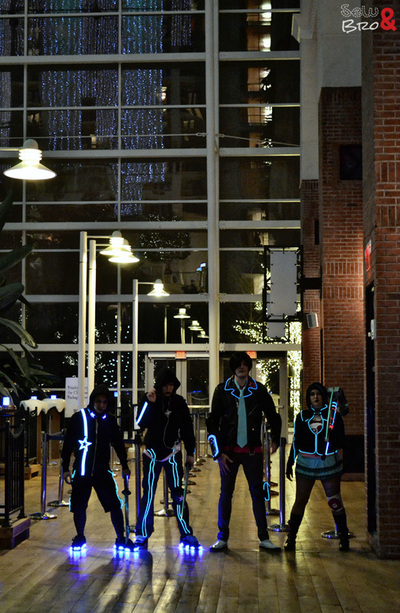 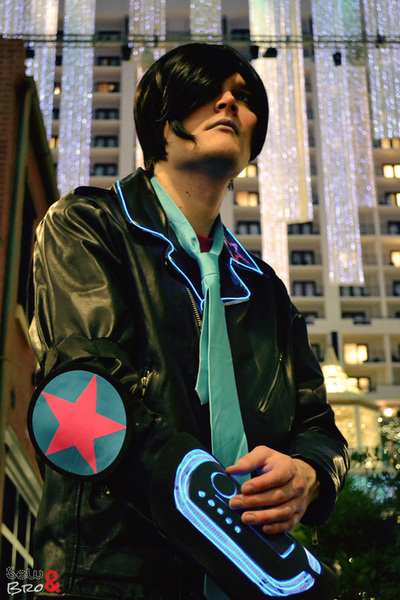 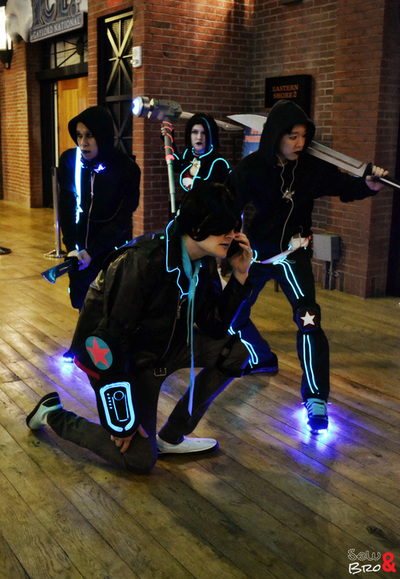 Check out our Saints Row gallery for more photos!