Heather: The Long Walk is my favorite book (thanks to my sister for introducing me to it!) and I've pushed it on so many people over the years (10+ at the moment!) - the only clear thing to do after all that is dress up! Ashley loves doing makeup so once we decided we were going to be our favorite Already-Received-Their-Ticket Walkers, she started researching how to make bullet holes with makeup. The bullet holes have differed somewhat over the years and the last year we did these we were too lazy (and tipsy) to even bother with them but we still had a whole lot of fun. We've been joined now by Sara (as Harkness), Emily (as Olson) and Nate (as Abraham) -- maybe one year we'll get a Garraty?

Nate: This book is an unrecognized gem!  The characterization is spectacular and everything seeps with emotional struggle.  So naturally we had to become a part of it.  I will forever be typecast as the tall guy ...thanks genetics!  But seriously, I had a lot of fun pretending to be dead in the streets of Atlanta.  It beats being actually dead in the streets of anywhere. 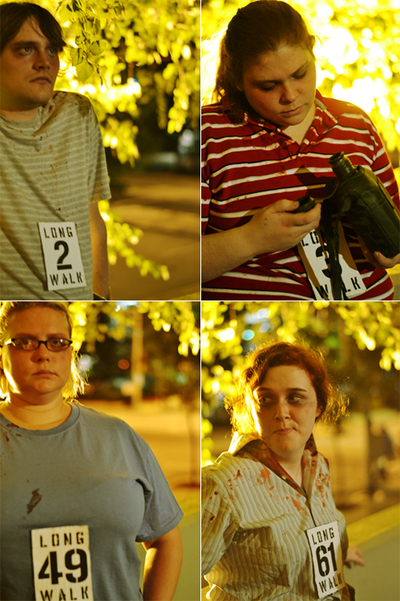 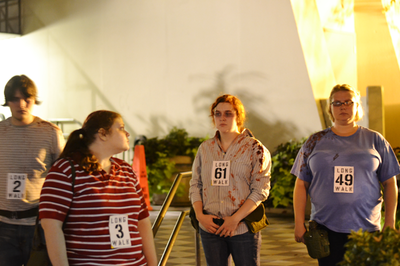 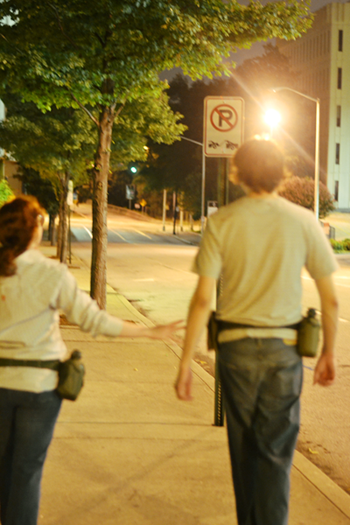 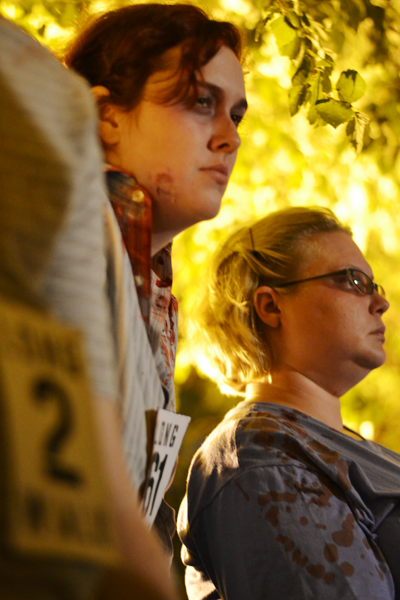 Heather: So next to The Long Walk, Lisey's Story is my second favorite book (STEPHEN KING, MAN). Obviously, like with The Long Walk, there is no official character art to go by here. So this was a matter of descriptions in the book and so on. Lisey is described as having dark hair and blue eyes. I didn't have dark hair, but it wasn't light so I thought GOOD, WHAT NOW? One of the passages that stands out to me EVERY single time I read the book is when Lisey gets cut on her chest and goes to Boo'ya Moon in a towel and shorts. She places a small towel stained with tea over her chest but there's no was I was walking around the con like that, so I got a towel with an elastic edge and stained it. Ashley helped with the makeup for the cut (which looked perfect) and I also had a garland I had made of various fake flowers of all sorts of colors to sort of be a smattering of flowers from Boo'ya Moon (IT'S A BOO'YA MOON BOA~ sorry, I'm so sorry I had to say it) - besides that, I got a mini shovel and Emily made me a yellow afghan square that I put some fake blood on. I couldn't have done this without Ashley and Emily and many thanks to them - I got to do it. Lisey is one of my favorite characters and LS is such an amazing book. I'm glad I was able to try to bring this to some sort of life! 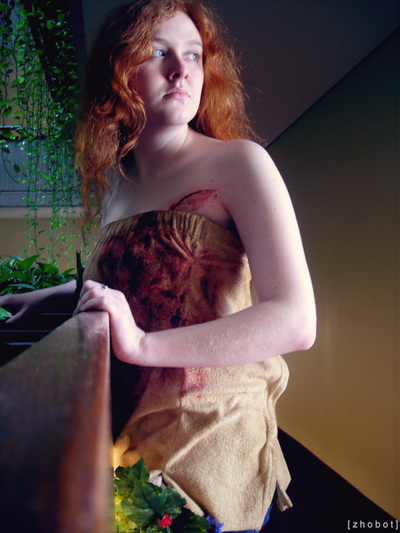 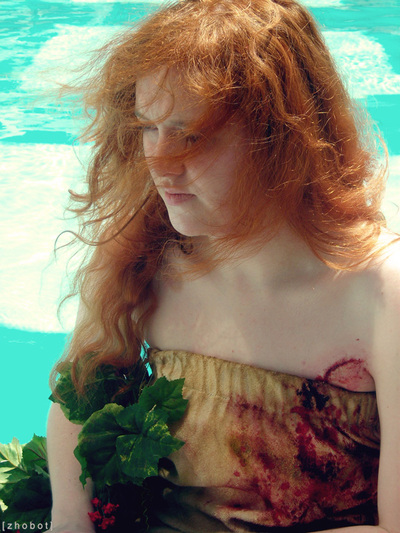 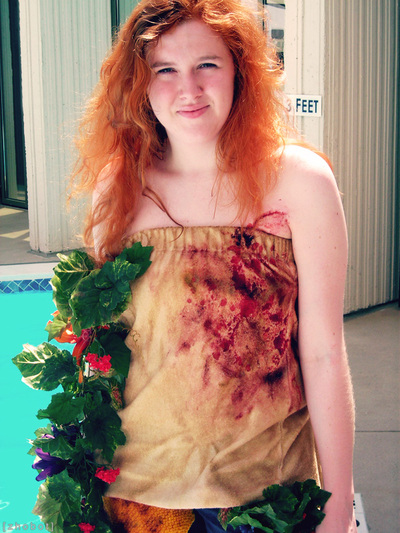 Chris Chambers - The Body/Stand By Me

Heather: ASHLEY AND I LOVE STEPHEN KING, CAN YOU TELL? D:

Yes, we're not dudes, but we love this story and the adaptation of it. This, naturally, meant costumes! I found a great toy gun for Chris, rolled a pack of candy cigarettes up in my sleeve and Ashley slapped some fake leeches on us. If we had more time we probably would've actually made the outfits dirty, but this was sort of a "HAHA WE SHOULD HURRY UP AND THROW THESE TOGETHER TO WEAR AT SOME POINT AT DRAGON*CON" -- which is what happened. We didn't really have them scheduled and the Saturday morning of Dragon*Con, before the parade, I woke up, poked Ashley and said "WE SHOULD WEAR STAND BY ME" ...luckily, she knew what I meant. I wasn't fully awake yet (hahahah when am I ever). 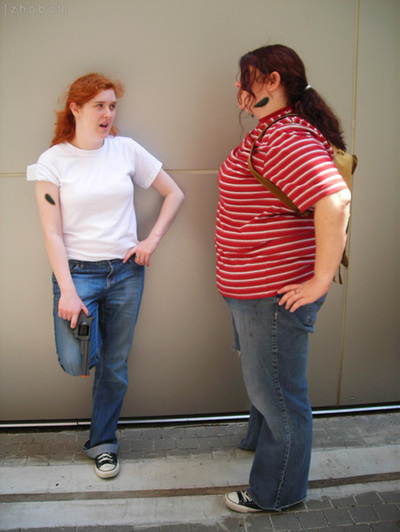 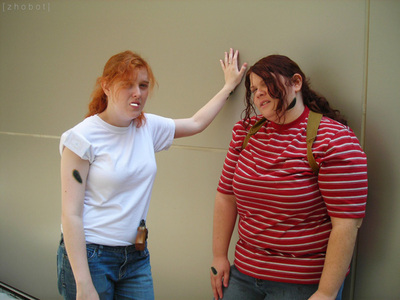