Nate: Virtue's Last Reward is a completely awesome sequel to the awesome 999.  We knew costumes would be incoming.  But who?  I'll be honest.  If I could do anyone I would do K.  But just look at him!  That's Iron Man levels of armor there.  That wasn't going to happen with my skill and patience level.  I was too tall to be anyone other than Sigma or Dio.  Dio was supposed to (and will!) happen at some point, but dat fancy jacket man.  So that leaves Sigma and his silly jumpsuit.  What is he an automechanic?  Anymeow, it didn't take long to throw together and look decent.

Thanks to Jeremy for the first two photos below! 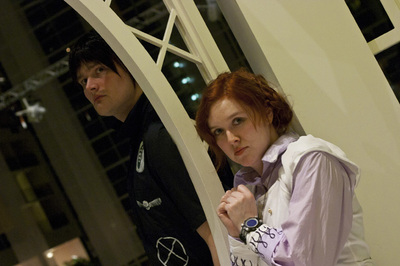 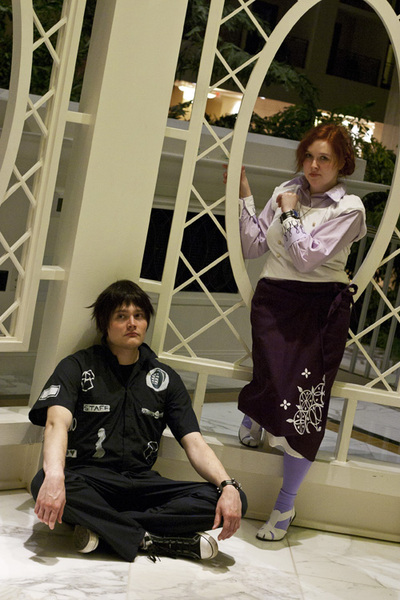 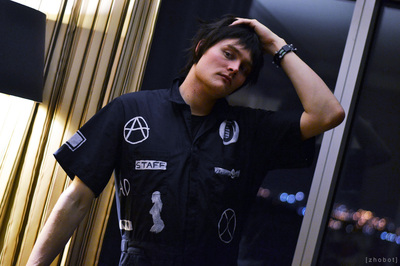 Heather: After Christmas 2012, at the very last minute (while also trying to finish/gather everything up for our table in the dealer’s room/artist alley) right before MAGFest, we decided to throw together Sigma & Luna costumes! Nate’s Sigma jumpsuit color was off a tad because we bought a coverall set in navy blue (the other colors at the store were black and tan) but we figured it would work since we only had a few days before the con. All the emblems and icons were handpainted on and the wig was one we had for something else and never used so it wasn’t perfect.

His Sigma turned out pretty good... MY LUNA ON THE OTHER HAND LOL. The week of the convention I made the wrap skirt and painted the design on it, modified a purple shirt from the thrift store (added a longer collar and completely horribly messed up sleeve cuffs & fabric painted on them I NEED TO REDO THOSE SO BAD OH MY GOODNESS seriously those were painted like the day we left for the con hahahah XD), modified a white shirt from the thrift store for her overshirt (cut the sleeves and added the buttons) and shoved a tiny bird into a gold cage pendant and added a chain for her necklace. Both costumes were extremely last minute (and there are definitely things that need fixing!), but we were excited to wear them because we love the game/series so much! <3

Many thanks to Jeremy for the first two photos below! We were excited to find what looked to be a timer for watering the plants in the hotel cause we pretended it was one of the bombs from one of the many crazy points in the game, hehehe. 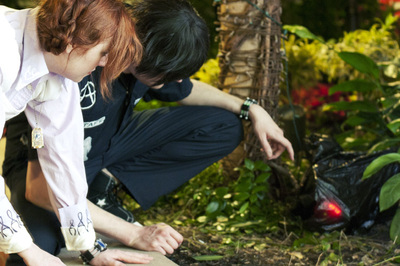 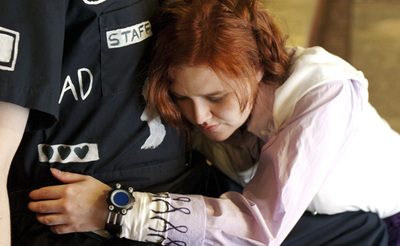 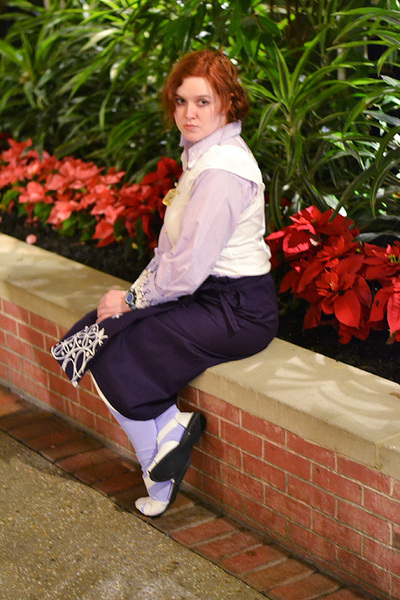 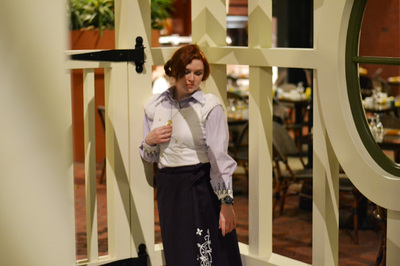 Heather: C-can we get the elephant in the room out of the way-- THAT DAMN HAT. WHAT IS THAT HAT, QUARK? That was fun to make, haha. I had no idea what I was going to use for the little... things... on the side of his hat until I stumbled upon some clear storage containers in Michael's one day. THESE WILL WORK PERFECTLY, I cackled as I threw them into my basket. The hat was the weirdest part of the outfit. The rest was thrifted and in the case of the jacket, thrifted and heavily modified. The scalpel was a scalpel with no blade in it - well, it had a "blade" but it was made out of instamold plastic. ;)

This was a blast because we got to see our pals from the 999 Katsucon shoot again! Nate was going to have Dio done but that coat of his screwed us over and we weren't able to get it done in time. ONE DAY, DIO. ONE DAY. 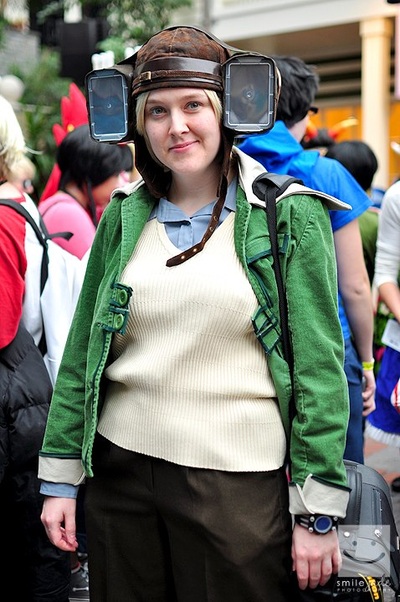 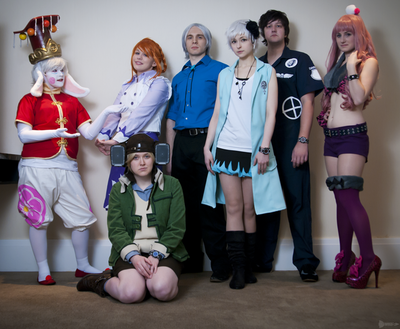 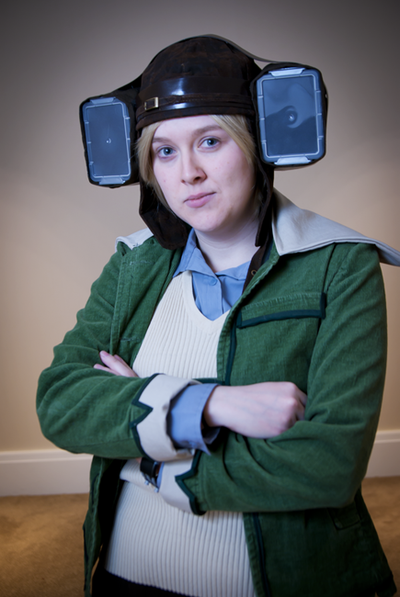 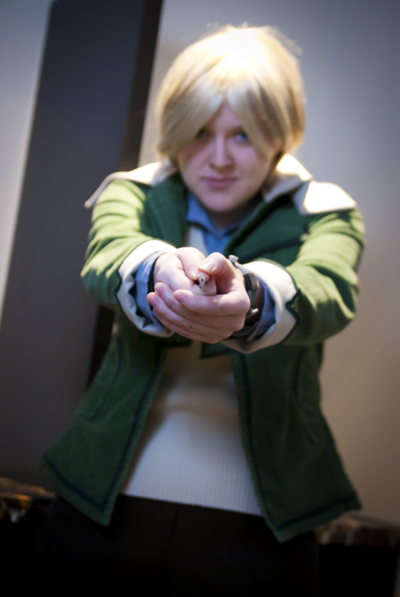